Exerpt from Fogg in the Cockpit:

A B-17 from the 452nd buzzes the base, dropping a bottle attached to a handkerchief parachute.

In the bottle, this message: “To the P-47 boys, to you who fly and keep them flying. Many thanks for the wonderful work you are doing for us who are up here in the big ones. You are to all of us a million-dollar sight when you help us on every mission. Again, we the boys of this Fort SUNRISE SERENADE want to thank each and every one of you for your protection of us as we make each mission. Thanks a million. Signed, the crew of the SUNRISE SERENADE”

Although the “P-47 boys” continued to do their job of protecting the SUNRISE SERENADE from enemy fighters, she was brought down by flak over Brussels, Belgium on May 1, 1944. The pilot was killed and the rest of the crew sent to a POW camp.
No comments:

John said, “Howard Fogg's railroad paintings inspired me to start drawing trains when I was a little boy. He is by far the Dean of Railroad Art, and it was a privilege to do the rendering of his P-51D Mustang "Moose Nose"." 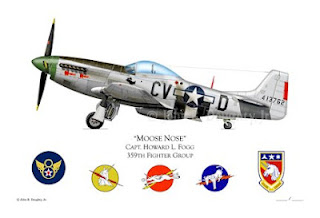 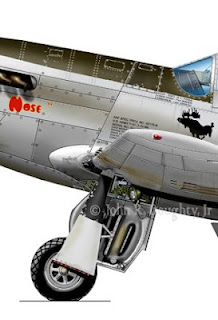 The Certificate of Authenticity accompanying the print reads:

"Howard L. Fogg is best known for his art, which he created during a career that spanned fifty years and encompassed over 1,200 paintings. Well before his passing in 1996 at age 79, he was already a legend among railroad fans, having earned the title “Dean of American Railroad Artists”. Before starting his art career in March 1946, Mr. Fogg served as a combat fighter pilot in the USAAF during World War II.

"Captain Howard L. Fogg flew the P-51D “Moose Nose”, CV-D (44-13762), when he was assigned to the 368th Fighter Squadron, 359th Fighter Group, 8th USAAF, based at East Wretham airfield in Norfolk, England, in the European Theatre of Operations. While he flew several P-47 Thunderbolts and P-51 Mustangs, his last P-51, “Moose Nose” was his favorite, as expressed in the book Fogg in the Cockpit: “Test hopped Moose Nose… she is the best 51 I’ve flown. Terrific smooth power, 55”, 2800 RPM, 340 IAS at 2,000 feet. Really swell”. In addition to his primary role of flying bomber protection and engaging in ground attacks, which included the strafing of many German locomotives and trains, he served for a period of time plotting missions while on Detached Service to Group, often going straight from the plotting room to the cockpit. After leading a spotter flight on June 10, 1944, Captain Fogg suggested an improved procedure that was quickly adopted by Wing Intelligence and became part of the 8th Fighter Command Field Orders. Late in his European tour and upon his return to the United States, he took on another role: training new pilots. He flew 76 combat missions and was awarded the Distinguished Flying Cross with one oak leaf cluster and the Air Medal with three oak leaf clusters.

Pilots from the 359th Fighter Group flew 13,455 sorties, had 241 air-to-air victories and an additional 122 aircraft destroyed on the ground. They also destroyed or damaged almost 500 locomotives and 1,400 railway cars.

A very special “thank you” to Richard and Janet Fogg for their assistance on this project, and I highly recommend their book Fogg in the Cockpit, which is available on-line or at many fine book stores."

The son of an Air Force officer, John R. Doughty, Jr., traveled extensively during the period his father was in the service, and John received his first art award for a drawing he did in kindergarten of the Edwards Air Force Base fire station. Previously a Technical Illustrator-artist for Hamilton Sundstrand Aerospace Company, in the early years of John’s art career, his focus was on railroad art and building High Iron Illustrations. In 1985 he decided to diversify, with a primary focus on aviation-related subjects, and in 1991 he became an Artist Member in the prestigious American Society of Aviation Artists.

Excerpt from Fogg in the Cockpit, The Wartime Diary of Captain Howard Fogg:

Briefing at 0800 for a deep job, withdrawal from east of Dümmer Lake to Zwolle. Target is Brunswick. Me, Brownie, Baldy, and Randy: Yellow Flight. Albertson aborted with his whole flight. Smitty and Simmons aborted, too. Also Lane. So Forehand flew my #4 and Hawk was Bo’s. Eight ships.

Over Dümmer Lake behind the bombers we found 12 Me109s. Bo missed his chance by not breaking into them on his right fast enough. Result, we climbed up under them in spirals, jockeying for position, neither side opening the attack. We were desperate for gas so I finally beat it. Dodged flak over Zwolle and hit the Zuider Zee with 80 gallons. Made the first field west of Yarmouth. Seething mad. Landed with 25 gallons at 1315. Brownie had 20 gallons, Randy 20 gallons, and Bill 40 gallons. Whew! Must respect the P-47. Oh, for some gas! 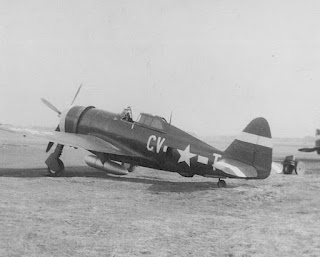 Fogg in the Cockpit Book Trailer

You can view it on Youtube at Fogg in the Cockpit Book Trailer, but for a preview, here are a few of the images we've included. 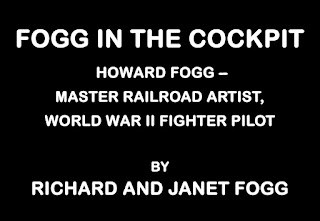 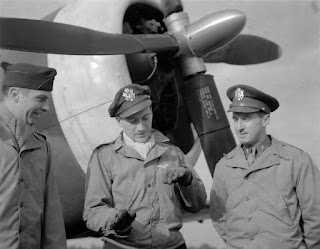 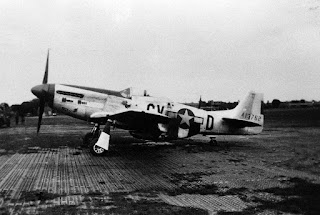 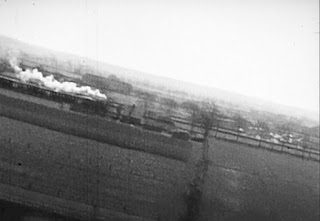 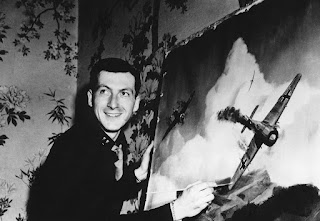 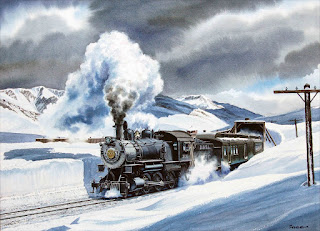 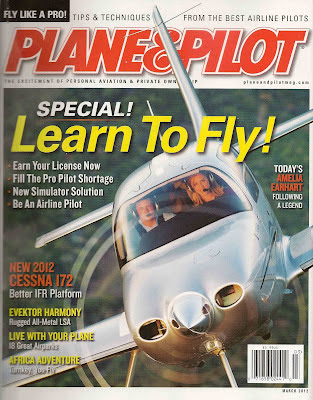 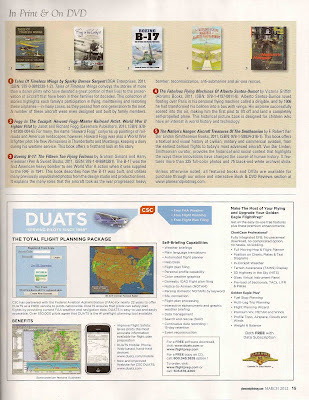