The first Me 163 is conquered

16 August was a reasonably historic day, Colonel Murphy became the first Allied pilot to destroy one of the new and still-mysterious German liquid-rocket fighters, an Me 163. The Colonel damaged another, which Cyril Jones, his wingman, destroyed and Jimmy C. Shoffit, also of the 370th, engaged in a long and educational combat with a third, which was damaged. The story received a greater play in the world press than any other single story of an Eighth Air Force pilot. 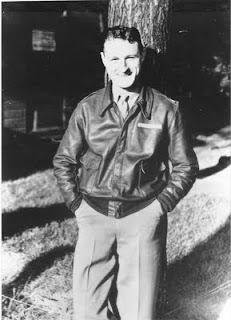 Briefing on FO 518 was early, at 0630. Before rendezvous, tanks were dropped when the enemy struck at Erfurt, and Colonel Murphy left his briefed course to rendezvous early. In addition, Major Cranfill and Lieutenant Lux each shot down a more orthodox 109. There was considerable excitement in higher HQ at news of the first victory over the Me 163s, and some confusion on the station, since Colonel Murphy’s film had been sent to Honington to go up to Fighter Command by courier. The film was retrieved and flown to Command by Lieutenant Gilmore that night. Earlier in the afternoon, Colonel Swanson had his promised long talk with the 15 pilots who returned early from the mission.