Relying not on recollections rendered imprecise by the passage of time, or secondhand reports which inevitably lose context, A Manifest Spirit instead presents observations from the group historian, base chaplain, and the fighter pilots themselves, recorded as they occurred during the conflict. The complex operation of a wartime fighter base, the deep satisfaction of a successful mission, and the heartbreak of waiting for pilots that never returned, are presented with the clarity that can only come from contemporaneous reports.

A Manifest Spirit is a tribute to the officers that gave the 359th Fighter Group its organization and direction, the enlisted men who made it work, and above all the pilots, 121 of whom made the ultimate sacrifice in the pursuit of freedom. 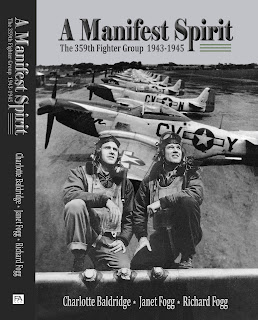 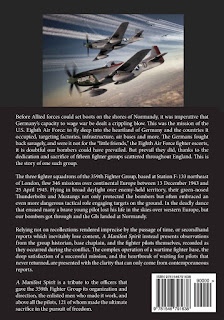 Available from Amazon, Barnes & Noble, and other on-line retailers.