A miscalculation in the briefing time on 15 June led to an unholy rush. The duty intelligence officer that morning misread his table of distances in the hurried tempo of plotting, reading ‘110’ as 1 hour 10 minutes, instead of 110 minutes. Consequently, briefing at 0650 was hurried and Colonel Tacon, leading, “poured the blossom” all the way in a squadron race to rendezvous, which was reached on time, off the Ile de Ré in the Bay of Biscay. The bombers were early and were eventually picked up on the homeward track off St. Nazaire at 0925. The mission was eventful only for the magnificent weather, which gave a sightseer’s view of new country, since the route back was out across Brittany. 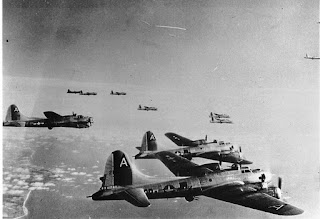 B-17s of the 91st BG. Note triangle on tails, which was the symbol of 1st Air Division, for whom the 359th Fighter Group would have provided escort. Photo, NIC in Fogg in the Cockpit, courtesy of Elsie Palicka, wife of Ed Palicka, 370th Fighter Squadron Photographer: Archived by Char Baldridge, Historian, 359th Fighter Group Association.

Fog in the cockpit.

“One of the greatest hazards in flying is fog in the cockpit.”

As told to Richard Fogg by his father Howard Fogg, this phrase was uttered by a meteorology instructor to a class of student pilots in 1942. A gale of laughter, led by Howard, followed this pronouncement. 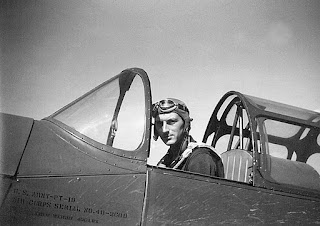 Thanks to his artistic ability and engaging personality, Howard Fogg developed numerous friendships throughout his career, from the humblest rail fan to railroad presidents, from fellow painters to artists in music and film.

Magazine articles featured Howard and his work. Limited edition prints were issued periodically. Jigsaw puzzles, porcelain plates and mugs, playing cards, calendars, and greeting cards featured his art. His illustrations graced the covers and contents of multiple railroad books. In later years, books were written about him and his artwork, including The Railroad Artistry of Howard Fogg, written by two of Howard’s most valued friends, Ronald C. Hill and Al Chione.

While there is no formal accounting, it is estimated that Howard completed more than 1,200 paintings over the course of his 50-year career. A number of these images continue to be printed in calendars and as greeting cards, but the majority of the original paintings reside in offices, businesses, museums, and the homes of those who loved his ability to capture the emotion of railroading.

Richard Fogg, with a little help from his father, assembles a 1948 jigsaw puzzle which featured one of Howard's early paintings for ALCO. 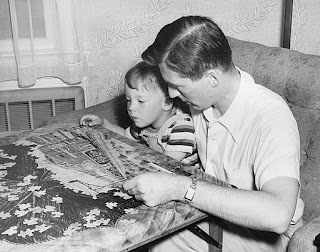 And here's the puzzle they're assembling, which we still own... 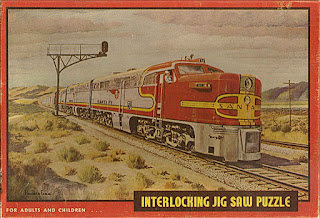 An excerpt from Fogg in the Cockpit, The Wartime Diary of Howard Fogg:

I landed at dusk with field lights after coming in Xtee (cross-wind) first try. First pilot to land with lights here. Captain Malley (Control) all excited. Me too! 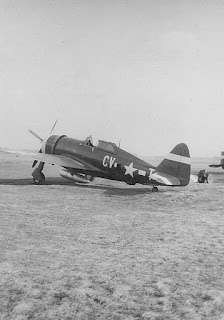