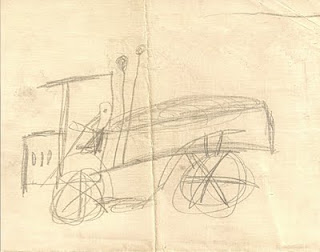 After graduating from Dartmouth College with honors in 1938 with a degree in English Literature, Howard attended the Chicago Institute of Fine Arts. 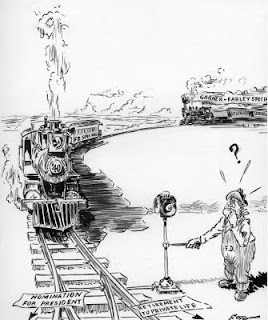 “Better Make Up Your Mind F. D. Or There’ll Be A Wreck”
February 24, 1940 cartoon by Howard Fogg
Courtesy of Richard Fogg


Appreciative of the many ironies in life and politics he hoped to pursue editorial cartooning, although he also painted, which is where his talent ultimately led him. 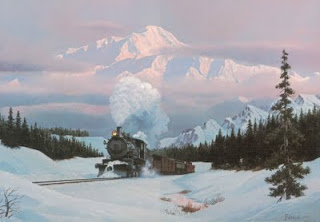 The Alaska Railroad was finished in 1923 and owned by the US government until 1985 when it was purchased by the state of Alaska. Mount McKinley looms in the background. 1978 oil painting by Howard Fogg. Image courtesy of Leanin’ Tree, Inc.