Flying Models Magazine January 2012 announcement re: Fogg in the Cockpit 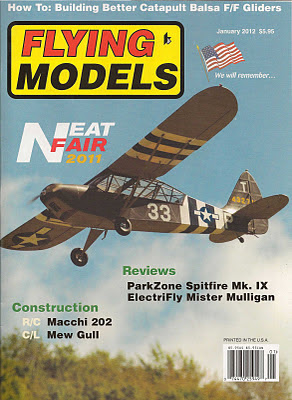 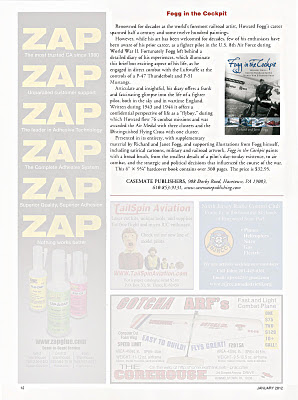 Fogg in the Cockpit
Renowned for decades as the world’s foremost railroad artist, Howard Fogg’s career spanned half a century and some twelve hundred paintings.

However, while his art has been welcomed for decades, few of his enthusiasts have been aware of his prior career, as a fighter pilot in the U.S. 8th Air Force during World War II. Fortunately Fogg left behind a detailed diary of his experiences, which illuminate this brief but exciting aspect of his life, as he engaged in direct combat with the Luftwaffe at the controls of P-47 Thunderbolts and P-51 Mustangs.

Articulate and insightful, his diary offers a frank and fascinating glimpse into the life of a fighter pilot, both in the sky and in wartime England. Written during 1943 and 1944 it offers a confidential perspective of life as a “flyboy,” during which Howard flew 76 combat missions and was awarded the Air Medal with three clusters and the Distinguished Flying Cross with one cluster.

Presented in its entirety, with supplementary material by Richard and Janet Fogg and supporting illustrations from Fogg himself, including satirical cartoons, military and railroad artwork, Fogg in the Cockpit paints with a broad brush, from the smallest details of a pilot’s day-to-day existence, to air combat, and the strategic and political decisions that influenced the course of the war.