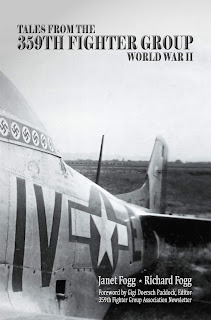 In December 1943 the newly formed 359th Fighter Group flew its first mission in the European Theater of Operations. Twenty-two months later World War II ended, and in November 1945 the 359th was inactivated, with 346 combat missions and 13,455 sorties to its credit. This collection of bar stories, mission reports, POW internments, and post-war reflections provides a first-hand account of life on base, in the air, and going on leave in war-time England, as recounted by the 359th's pilots, officers, and enlisted men.

"The B-17 could not maintain altitude. With no instruments they had no way of keeping the machine upright descending through the clouds so there was nothing left but for them to fly my wing. I tried to concentrate on flying as smoothly as I ever had in my life; I could imagine how difficult it must have been for that 17 pilot to keep his machine within three feet of me with two engines out on one side plus the turbulence we were encountering. I had all I could do to keep from looking at that wing flopping up and down in between my wing and tail." ~ Lt. Eugene F. Britton 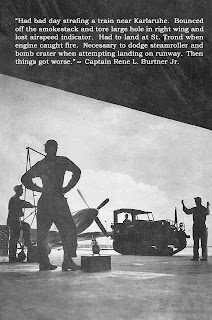 "Installation of water injection systems in the Group's aircraft, assuring 15 minutes of extra power for combat, was completed under direction of Lieutenant George M. Hesser, station engineering officer.... Higher HQ notified Hesser that complete drainage of water from all aircraft would be necessary nightly to avoid freeze-ups. His answer, characteristically, was to suggest that the Station at once be supplied with "the necessary equipment to turn the airplanes upside down in order to get all the water out of the lines." The result was that alcohol was made available for use in all aircraft." ~ Capt. Maurice F. X. Donohue